‘Limping’ would probably be a better description.

A good forecast meant Saturday had to be taken advantage of and as the National Trust had a ‘free-be’ day Sue & I decided to revisit Brownsea Island. Certainly an ideal chance to scout (no pun intended) the island as a dragonfly location and should it prove unworthy there was always Studland Heath.

A day of sunshine and mild wind strengthened my ‘hunch’, but it was confirmed when a plank of wood fell onto my foot, breaking the big toe (again!) This almost scuppered the day, but I persevered , wrapped the offending foot in a wellie and took it as an omen.

A long (and often painful) walk around the island took in the ‘nature reserve’ which offers the best habitat, but entering the reserve incurs an extra charge for non DWT members. That’s on top of the ferry charge and usual National Trust entrance fee! We didn’t see any odos, but did encounter 3 Red Squirrels which made the visit worthwhile.

Back across the water then to Studland Heath. We arrived at my favourite spot – a lucky find which produced my first Downy of the season 2 years ago and my first Hairy last season – and searched the sheltered grasses near the road. We disturbed a few Bee-flies and the odd Peacock butterfly but still no damsels.

A little further on is a small path leading down to the shore of Little Sea. The path is bordered on both sides by gorse and if you’re prepared to scramble through a few bushes you will find a small, sheltered area of grassy clumps within the gorse. Sure enough, at just after 4.30pm I caught my first glimpse of diaphanous wings disappearing over the gorse, followed by a couple more.

Then the panic set in. You know that panic when you’ve spotted your quarry but now have to pin it down for a photo op. Luckily there were two willing subjects, which was more than enough after six long months of torment. 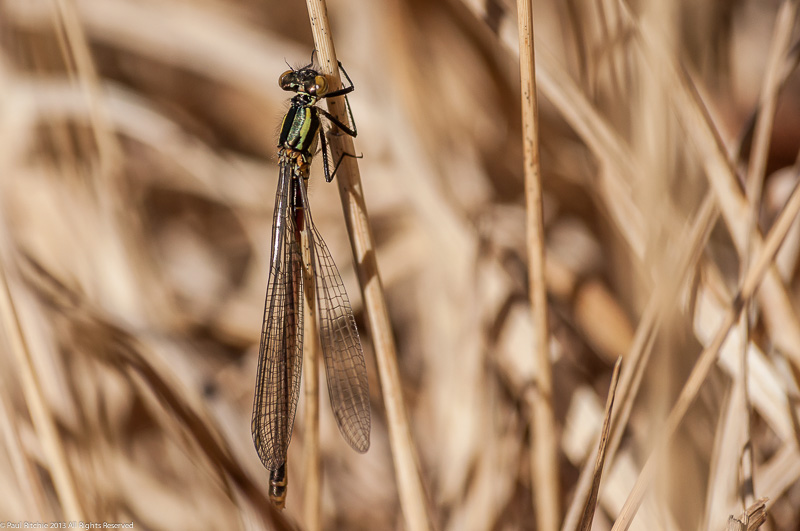 I bagged my shots and continued searching the rest of the area just in case something bigger appeared. It didn’t, but it didn’t matter. The Large Reds were enough. 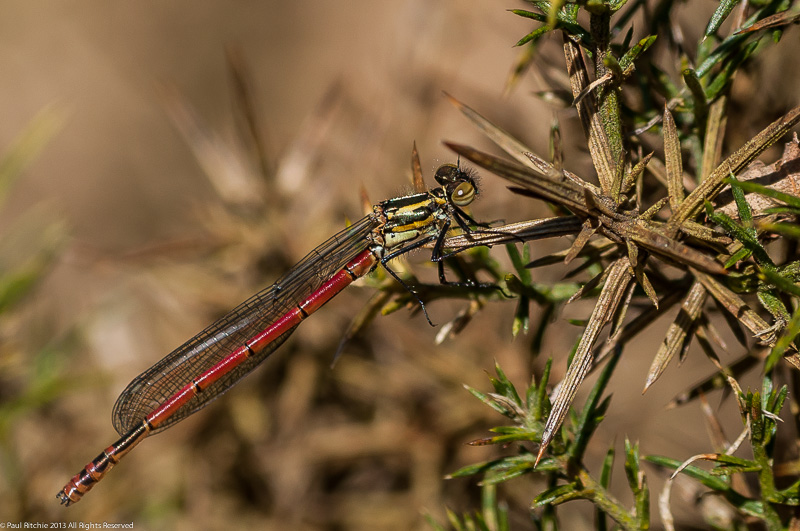 So now we can all get out and begin this season at long last!

One Reply to “Up & Running”