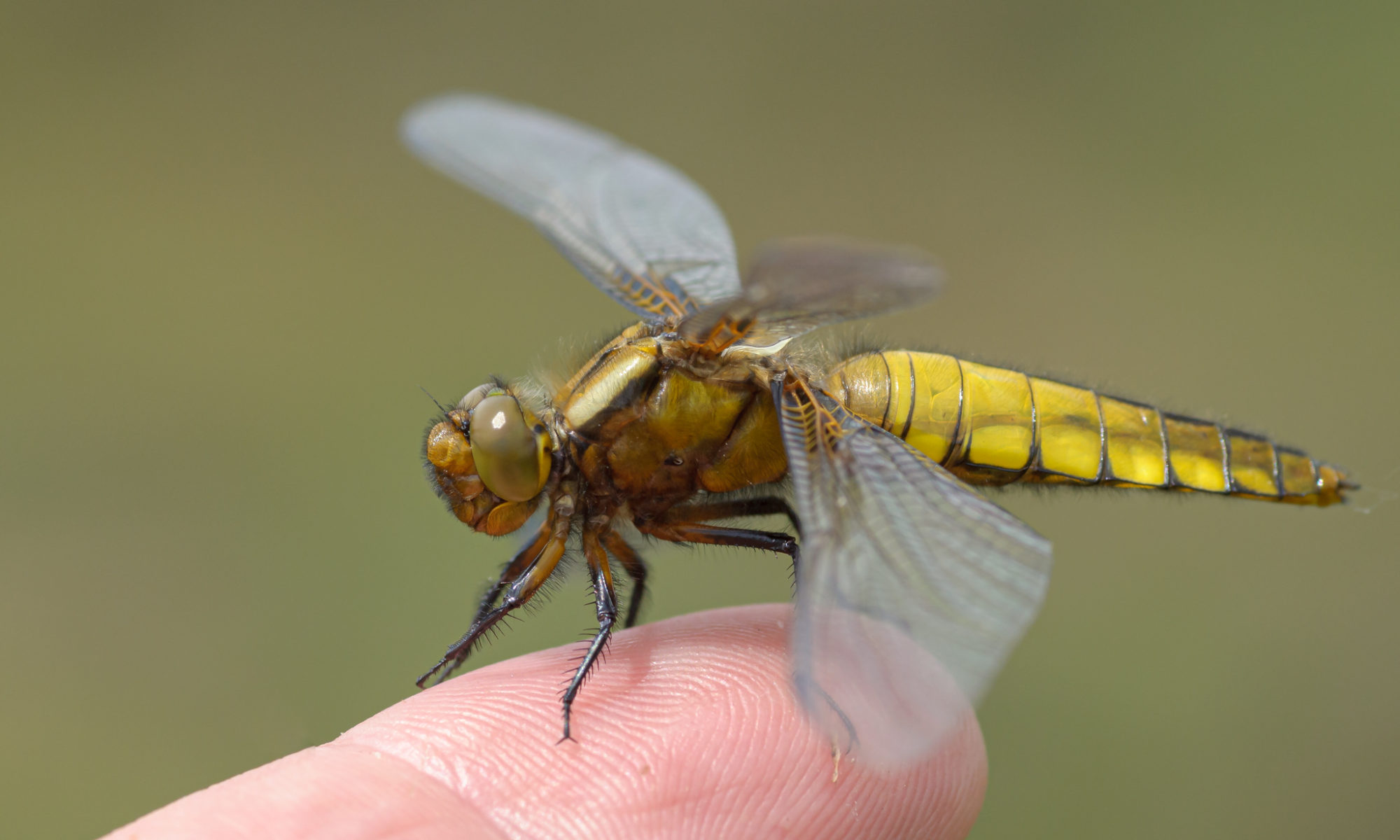 Quite why I should feel any semblance of guilt by forsaking my own doorstep in favour of greater enjoyment is beyond me. Nevertheless a favourable forecast decided a visit to Troublefield was overdue.

I didn’t have to walk too far beyond the gate before the first flutters of Demoiselles graced the meadow. Both Banded and Beautiful were in attendance in small numbers, providing an early chase and opportunity of concentration.

There were a scattering of Large Red and a few Azure joining the butterflies in this humid warmth, and a few of the latter provided enjoyment. However it was the Demoiselles that drew my attention.

I had expected my first Broad-bodied Chaser to lift my spirits. Maybe a Hairy? A Golden-ringed? Not unheard of here so early in the season, but a Scarce Chaser was ample consolation.

After a good trawl through the meadows I headed over to Ramsdown. Brickfield Pond gave me my first over-water activity and Hill Pond gave my first Broad-bodied Chaser of the season. A newly-emerged specimen rising up the hill to perch briefly for a record shot before being carried by the breeze further uphill.

Further along the shore I caught sight of a shimmer as in the reed another had just emerged, this time remaining within the sedge while pumping up and drying out.

Today’s highlight for sure, and I stayed around observing and grabbing shots while waiting for the opening of wings and that glorious first flight.

Another promise of fine weather on Wednesday saw me fulfill my plan for Latchmore, except it wasn’t quite as warm or sunny as expected.

A good finger-tip search through by favourite scrub produced nothing and further uphill where I expected a couple of Southern Damselflies only brought more Large Red.

I admit to be sorely disappointed with my choice for day and destination and just as I was about to call it quits I decided on taking an alternative path back to the stream.

I don’t know why I decided on that path. Call it serendipity, fate or just happy coincidence for here in a small patch of low scrub a couple of meters away from water was a newly-emerged Broad-bodied Chaser!

Once she had spent a while changing position and drying out her wings I removed her away from what could have been an early demise as a rather large spider came into view.

Seeing her take her first flight was reason enough to deprive this predator of a meal. Such beauty deserves a life extension after all the energy spent.

Another highlight then, and something to lift my spirits for the walk back downstream.